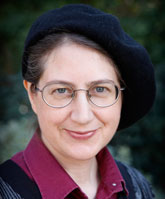 Yael Hazony is Vice President for Operations of the Herzl Institute. During the past decade she was Editor-in-Chief of Shalem Press, a Jerusalem publishing house whose publications included periodicals such as Azure and Hebraic Political Studies and first-time translations into Hebrew of classics of Western philosophy including works by Hobbes, Hume, Machiavelli, Mill, Tocqueville, and Vico. She holds a B.A. in Near Eastern Studies from Princeton University and held Fellowships in Talmud study at the Drisha Institute, Matan Institute, and the Nishmat Center for Advanced Torah Learning for Women.