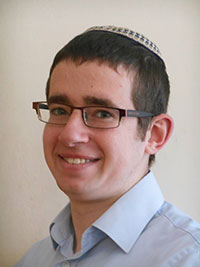 Aron White teaches Talmud at Yeshivat Hakotel in the Old City of Jerusalem, whilst studying for Rabbinic Ordination from the Chief Rabbinate of Israel, and has written numerous articles on issues of Jewish thought and law for TorahMusings.com. He works part time for CAMERA/UK Media Watch, and his writing on political topics have appeared in the Jerusalem Post, the Daily Caller, JNS, and the Algemeiner. Aron is the founder and director an organization called Olim VeTormim, which encourages people who have made Aliyah to Israel to donate blood regularly, and is the co-director of Shalhevet, a summer Jewish learning program for British University students.