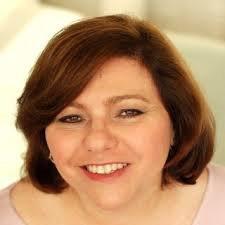 Lisa Schiffren is a Senior Fellow at the Independent Women’s Forum. As a rule, she takes a dark view of the direction our culture and its institutions are heading. Naturally, as a parent, with a stake in the future, and a patriot, she hopes to be proven wrong as often as possible.

Schiffren is particularly interested in culture, politics, defense policy, and, really, the whole range of human folly. Her work appears in National Review /NRO, The Weekly Standard, and other publications. She’s been on the usual TV and radio shows. She writes speeches and other materials for a range of private and public clients, but likes doing political work best.

Schiffren is a native New Yorker, with a B.A. in History from Bryn Mawr College. She was an editorial writer at the Detroit News, winning awards for coverage of welfare policy, crime, education and other urban issues. She covered national politics and spent a couple of years in and out of Pakistan and Afghanistan covering the Soviet War, traveling on foot and horseback, with the Mujahedeen. A stint in the Defense Department’s office of Special Operations/Low Intensity Conflict, followed. Then it was off to the Bush I White House, where she wrote speeches for Vice President Dan Quayle, including the well known “Murphy Brown” speech, which ultimately sparked national interest in longstanding welfare reform goals. Both issues – Afghanistan and the consequences of widespread single motherhood – still threaten the continuity of Western Civ, and require frequent comment.

These days Schiffren lives in New York City with her three teenage daughters, and an energetic puppy. She is delighted to be back at IWF – of which she was an original founder, way back in 1993, when conservative women were still an exotic species.