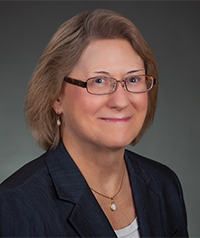 Committee for Accuracy in Middle East Reporting in America (CAMERA)

Dr. Tricia Miller is an Evangelical Christian who works as a Senior Research Analyst for CAMERA, the Committee for Accuracy in Middle East Reporting in America. She monitors Christian organizations and media activity in relation to the Arab-Israeli conflict and focuses specifically on the effects of Christian anti-Zionism on support for Israel in the Evangelical world.

Tricia has a Ph.D. in Hebrew Bible from Claremont Graduate University, Claremont CA, and wrote her dissertation on Christian anti-Semitism in relation to the book of Esther. Her second book, titled Jews and Anti-Judaism in Esther and the Church, reveals the relevance of the story of Esther to the controversy over the existence of Israel and the role that anti-Judaism plays in that debate. This book was written in order to expose the theological and historical errors at the root of the anti-Jewish/Israel narrative, for the purpose of strengthening Evangelical support of Israel’s right to exist and defend itself against those who seek its annihilation.