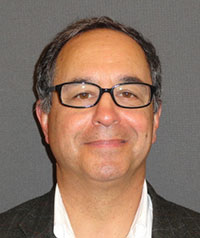 Dr. Mitchell is currently professor of political theory. He has been Chairman of the Government Department and also Associate Dean of Faculty Affairs at SFS-Q. During the 2008-10 academic years, Dr. Mitchell was took Leave from Georgetown, and was the Acting Chancellor of The American University of Iraq – Sulaimani. His research interest lies in the relationship between political thought and theology in the West. He has published articles in The Review of Politics, The Journal of Politics, The Journal of Religion, APSR, and Political Theory. In 1993 his book, Not by Reason Alone: Religion, History, and Identity in Early Modern Thought, was published by the University of Chicago Press. A second book, The Fragility of Freedom: Tocqueville on Religion, Democracy, and the American Future, was published in 1995, also by the University of Chicago Press. In 2006, Plato’s Fable: on the Mortal Condition in Shadowy Times, was published by Princeton University Press. His most recent book, Tocqueville in Arabia: Dilemmas in a Democratic Age, was published by the University of Chicago Press in 2013. He is currently working on a book manuscript entitled, Reinhold Neibuhr and the Politics of Hope.

In addition to teaching at Georgetown University, Dr. Mitchell is an avid conservationist, working to restore his small forest on the Eastern Shore, and working to develop the next generation of solar-electric sailboats.

Joshua Mitchell spoke on the topic: “No Place for the Reformation?”