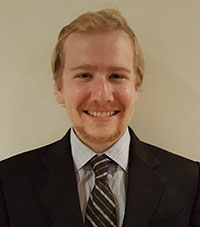 Benjamin Sweetwood recently graduated with honors from Columbia University in the City of New York. While at Columbia he majored in political science with a focus on international relations and Chinese foreign policy. He has provided research for some of Columbia’s leading political science professors. Ben has worked at the American Enterprise Institute for Public Policy Research, providing research for various scholars. He also worked as a personal research assistant to noted author, columnist, and pundit Jonah Goldberg. At Columbia University he chaired the American Enterprise Institute’s Executive Council, was President of Christians United for Israel, and was the Vice President of Students Supporting Israel. In 2015, Ben was awarded the Roger Pilon Fellowship, a yearly scholarship honoring a student of high academic achievement who works to advance the ideals of classical liberalism. Ben also blogs on political issues and world affairs, and his writing has appeared in such publications as The Times of Israel and The Tab.